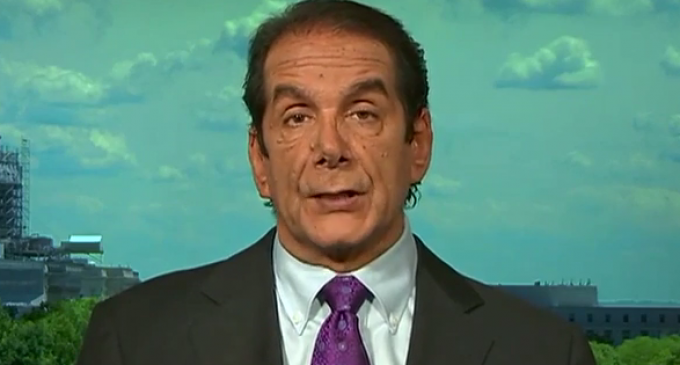 One of the nation's sharpest conservative minds has praised Donald Trump for turning outrageous allegations made by Hillary Clinton and the Democrats around on them.

A keen writer and observer, Charles Krauthammer is recognized as one of the most insightful political commentators in modern media. He is often sought for his unique but unabashedly conservative take on the issues of the day, and thus is it is no surprise that he has a lot to say about the upcoming election.

With the media feigning credulity at the ludicrous assertion that the Russians leaked DNC emails to help Trump by making Hillary look bad, Krauthammer offered his assessment of the GOP nominee's response to the allegations. Applauding Trump for raising questions about Clinton's refusal to hold a press conference in almost a year now, the commentator also said he was impressed by the “trap” regarding the Russia allegations that Trump set for his rival