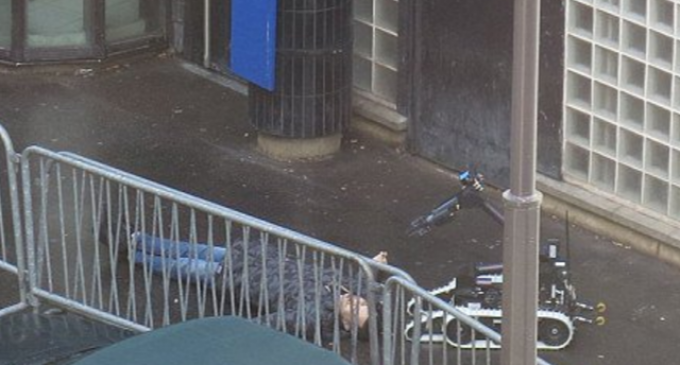 A knife wielding man shouting “Allah hu Akbar” was shot dead while wearing an explosives vest and running around after President Francois Hollande was near the area.

Best quote? This one:

The “impression of an attack?”

Wielding a knife, wearing what looks like an explosives vest and screaming Allahu Ackbar does not create the appearance of an attack. It is an attack.

See the next page for details about the attack in Paris