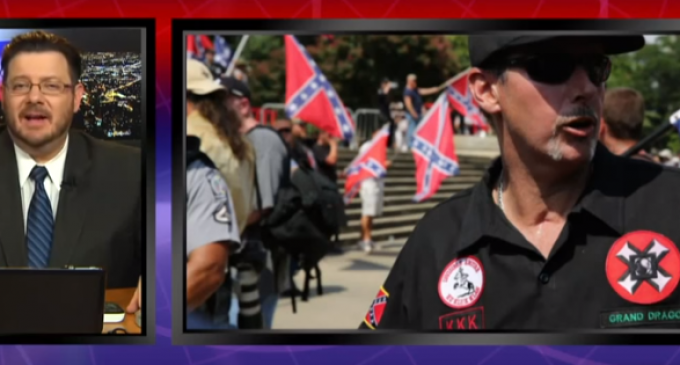 Donald Trump was recently under heavy fire from the media (When isn't he?) when a prominent Klan member endorsed him for President. He was asked to disavow it, he did. He was accused of not doing so, which he fought against. He was linked to the Klan, their racism, ideals, and policy. It all fed into the media-driven “Make America White Again” narrative they're trying to desperately to tie to Trump.

Now, another KKK Grand Dragon is making a presidential endorsement… for Hillary Clinton.

Don't hold your breath for similar accusations against Hillary, however. It's not coming.

The media is far too in bed with the former Secretary of State to treat her the same way they treat her peer on the Republican side. While she had no more or less to do with this endorsement than did Donald Trump, of course there is no story here, because she's a liberal.