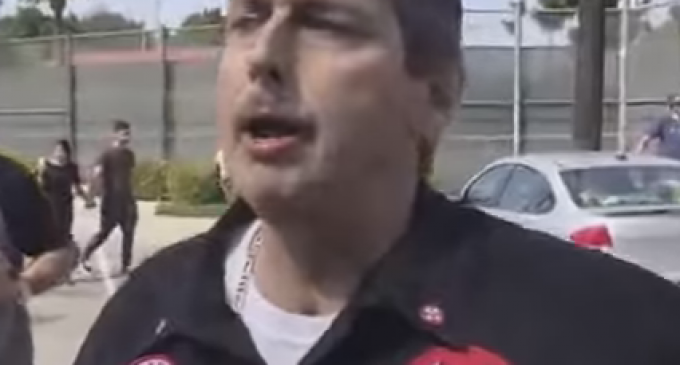 This week, Hillary Clinton released what might be the most racially charged, abhorrent campaign ad of the election season — and that's saying a lot.

The commercial opens with a member of the KKK praising Donald Trump, then suggests that the feeling is mutual. “Trump supports [the KKK]” the ad claims. “If Trump wins, they could be running the country.”

It's race-baiting at its absolute worst, and it proves once again how little Hillary Clinton cares about members of the African American community. Black lives don't matter to Mrs. Clinton — black votes do.

Why else would Clinton prominently feature the most racist organization in America on national television?

For decades, Democrats have positioned themselves as the only choice for minorities in America. They've done well. Recent polling shows that Trump commands a measly 2% support among the African-American community. They've accomplished this impressive through years of promises to stomp out racism.

How ironic, then, that the leader of the Democrat party is giving the KKK their biggest platform yet? This isn't stomping out racism, it's putting racism on full display —  all for for political purposes.

One might argue that if Clinton wants to fight racism, she first has to show that it exists. That's would be a fair point if the link between Trump and the KKK actually existed.

Unfortunately for Clinton, members of the KKK are endorsing her, too. So she must also be racist, right?

Clinton probably wouldn't agree. For her, it's just another disingenuous attack ad meant to instill fear in the black community.

See the video of the KKK proclaiming their support for Clinton on the next page: