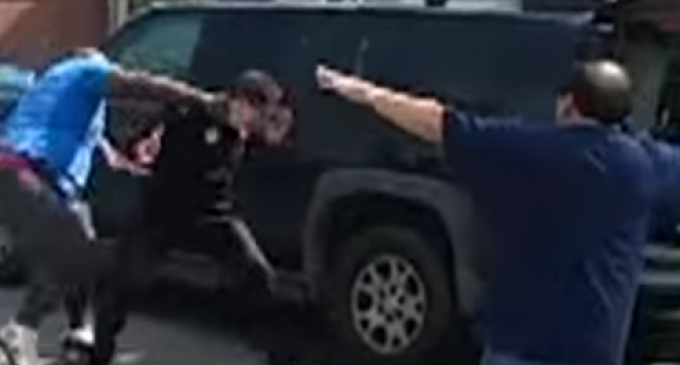 One hundred-fifty years after it's birth, the Ku Klux Klan is still alive and active.  A mob of Klansmen gathered on Saturday, February 27, 2016, in Anaheim, California, following a “klavern” on Friday night to   initiate a new members.  The Saturday rally in Pearson Park escalated in a clash of hate and extremism, as the Klan met with counter-protesters immediately upon exiting their vehicles.

Witnesses report that a peaceful counter-protest had been on-going for approximately three hours prior to the Klan's arrival.  The KKK pulled up in a black SUV and three men got out, unloading their signs.  A group of roughly 50 protesters, approached them, screaming and throwing sticks.  The melee continued on the sidewalk and street.

Anaheim Police Sergeant Daron Wyatt stated that four people were wounded in the brutal confrontation.  One individual was in critical condition at a local hospital, after being stabbed with a flagpole which had an American eagle finial on top.

View the full video of the confrontation on the following page.