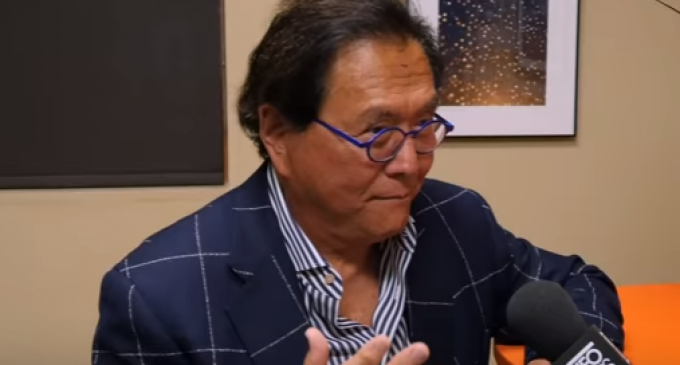 Robert Kiyosaki, author of Rich Dad Poor Dad, confided in a recent interview that he “knows a little bit about the CIA” requirement tactics and corruption. And these words carry a lot of weight coming from a man so highly revered by people on both political spectrums. This is a man people ranging from President Trump to Will Smith endorse as being a great businessman and author.

That is why his latest revelations regarding his brief interactions with the CIA and Air America in the 1970s is generating so much interest.

Air America was the private cargo plane fleet secretly owned and used by the CIA to conduct covert missions, in areas international law forbid U.S. intelligence agencies entering. And yet we are shocked over allegations that Russia interfered in the 2016 presidential election.

Then candidate Trump couldn’t have been more right when he stated on the campaign trail that America played dirty international politics, enemies at every corner, and that the only solution was to focus inward to MAGA.

According to Kiyosaki, the CIA is beyond corrupt and need of great reform from every corner. This adds new light to the statements made by President Trump that the FBI and other government intelligence agencies had lost respect in leadership.

Kiyosaki was recruited to fly with Air America in the 1970s. What he found was shocking. His complete testimony is all on the next page