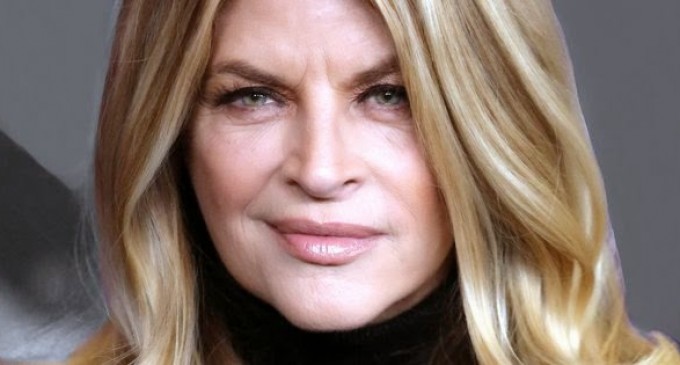 Hollywood may not be a stronghold of traditional, conservative values, but every now and then someone with a bit of common sense squeaks into the city of big names and even bigger liberalism.

This week, actress Kirstie Alley proved herself one of Hollywood's conservative exceptions, as she praised Donald Trump for “waking America up” this election cycle.

Its a hard fact to deny… if you're not blinded by the bounds of liberalism. Donald Trump is a sensation, love him or hate him. He's got 100 percent name recognition and is bringing in those who have otherwise never participated, or never actively engaged in the electoral process.

Kirstie admits that 80 percent of her friends vote Democrat, which makes her ability to see the value in Trump even more surprising. In fact, considering the company she keeps, 80 percent seems somewhat low.

Maybe there are more secret conservatives in Hollywood than we think.

To see what Kirstie had to say about Trump, continue reading on the next page: