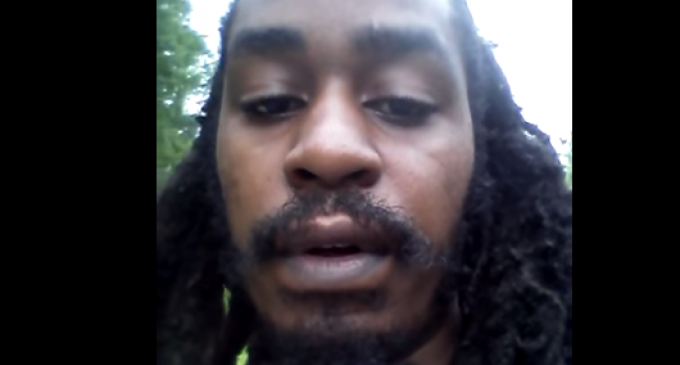 Anyone who says racism is only a white man's problem is sadly ignorant.  King Noble is a self described black supremacist who is calling for the killing of cops and whites in his rant on Youtube.   He sends a chilling message that comes from the pit of his hateful, hellish soul.

“It’s not safe no more to be white in America. Lurking behind any corner could be an angry black man ready to take yo ass out. It’s a reality,” King said. “It’s open season on killing whites and police.”