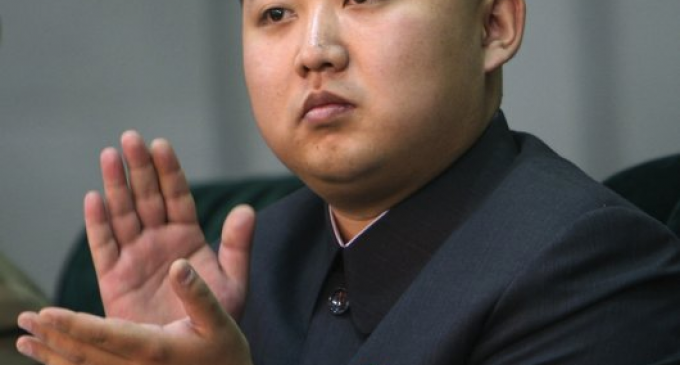 Weight Watchers might be needed in the Jung-un household as Kim Jung-un is eating up all the food that his starving nation needs to survive.  Reports have Kim weighing in at a linebacker weight of 300 pounds, while the average North Korean is about 14 to 27 pounds lighter than their 151.2 pound South Korean counterpart.

Kim won't starve, he has enough stored fat to live for a while, but his countrymen, who are already tremendously malnourished, are in grave danger with the ensuing famine.

A state-run newspaper Rodong Sinmun ran an editorial warning, “The road to revolution is long and arduous.  We may have to go on an arduous march, during which we will have to chew the roots of plants once again.”

The next page has details on Kim's eating habits.