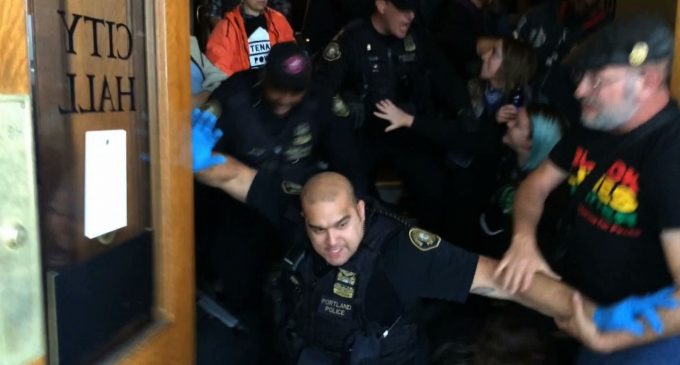 Protests against President-elect Donald Trump are continuing to spring up across the country — and the violence continues to escalate.

Armies of disillusioned leftists have taken over major American cities and have stopped traffic on the nation's highways — all because their candidate didn't win the election. Many of these “protestors” have been hired by liberal organizations in order to destabilize “Trump's America” before he even makes it to the white house. But these professional protestors have quickly turned into unruly rioters.

Dissatisfied with merely making a political statement, these protestors have begun a violent spree against the nation's police. Naturally, the press are already trying to blame Trump for the chaos, much like they did during the Republican primary. But they can't be fooling many — attacking law enforcement is a telltale sign of the left.

See how the left's army have begun attacking the nation's police on the next page: