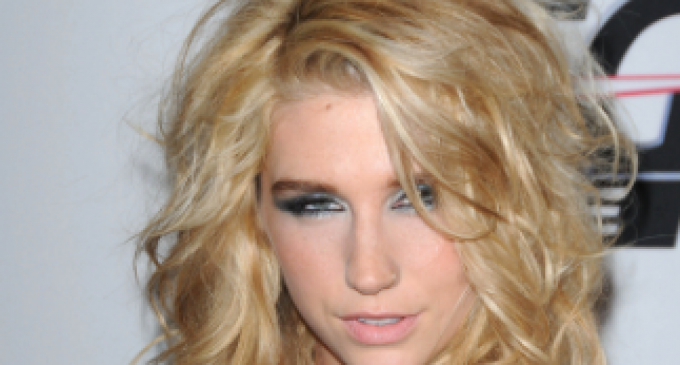 Apparently, the Democrat party has determined that an untalented, white trash, rapping girl who relies on autotune and profane lyrics showing she is a “bad” girl is a fitting spokesperson for their anti-gun fetish campaign.

If you don't know who Kesha is, you are not alone, since her fans are no doubt mostly pubescent boys salivating over her salacious lyrics and persona. But it is hard to imagine that anyone would pay attention to anything that comes out of her mouth. It seems ignorance is an attribute highly prized by the Left, and so they invited Kesha to “sing” as a headliner at a Democratic National Committee concert on Tuesday night. As a profane ignoramus, she did not disappoint. She must feel quite at home with the rest of the anti-gun crowd, all of whom repeat party talking points rather than find a few facts to ponder.

Two songs into her four-song set, Kesha announced that she felt like she “needed to say something.”

Trite but benign, so Kesha had to up the ante. See what else she had to say that really showed her ignorance and her crassness on page 2: