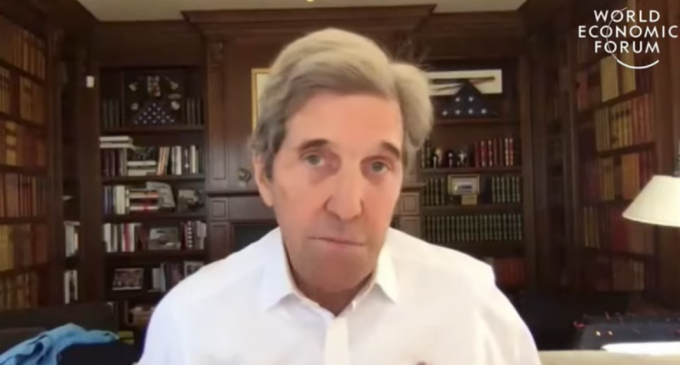 The WEF received a lot of backlash after they released a video titled 8 predictions for the world in 2030 with the most shocking prediction being the first: “You’ll own nothing. And you’ll be happy.” So much so that they had to change the title of the article that the video was based on changed from “Welcome To 2030: I Own Nothing, Have No Privacy And Life Has Never Been Better” to “Here’s how life could change in my city by the year 2030.”

As the current world order becomes more unstable and people from every corner of the planet become angrier and angrier NWO shills like Kerry are promising that change will come quickly. Apparently, they feel we are right on the cusp. And we must be if we're to meet their 2030 deadline.

Move to page 2 for Kerry's interview.