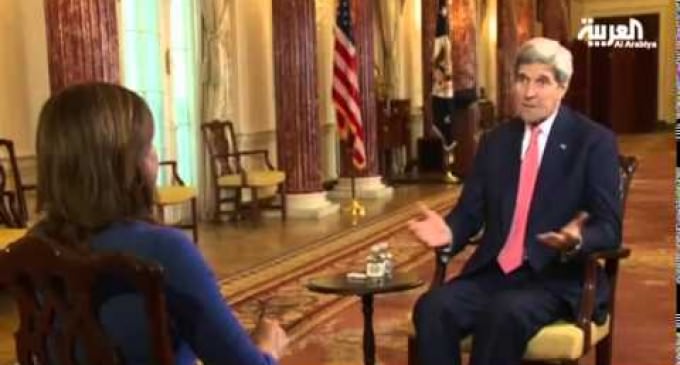 When asked for his reaction to the  Ayatollah Khamenei's Anti-American remarks Secretary of State John Kerry expressed apparent bafflement. Kerry was talking in an interview with Saudi-owned Al Arabiya TV about negotiating the nuclear deal.

Ayatollah Khamenei told supporters on Saturday that U.S. policies in the region were “180 degrees” opposed to Iran’s, at a speech in a Tehran mosque punctuated by chants of “Death to America” and “Death to Israel”.

Does this suggest Kerry was being intentionally obtuse in the interview or was he really not briefed on Iran's behavior for the last 36 years? Watch the exchange in the videos on the NEXT PAGE and decide: