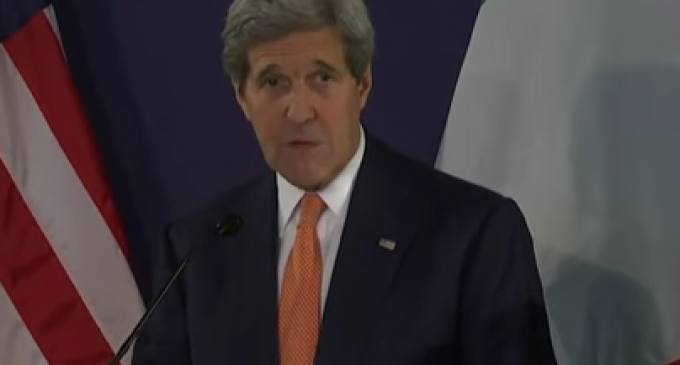 If you're on whatever opiate Secretary of State John Kerry is on, you probably always carry an umbrella around with you when leaving the house. After all, you wouldn't want a bird – who has fallen victim to the “harmful” refrigerants in the atmosphere – to fall on your head.

According to Kerry, refrigerators and air conditioning systems are harming the environment and are an even bigger threat to life in America than ISIS.

Yes, you read that right, and it's just as ridiculous as it sounds.

According to the Washington Examiner Kerry was in Vienna this past July to amend the 1987 Montreal Protocol that would phase out hydrofluorocarbons from household and commercial appliances. In simple terms, he's busy making sure that people can no longer use their air conditioners, refrigerators and inhalers.

Welcome back to the stone age.

This isn't the first time Kerry has made an outlandish comment with no proof and it probably won't be the last time. You won't believe what he said.