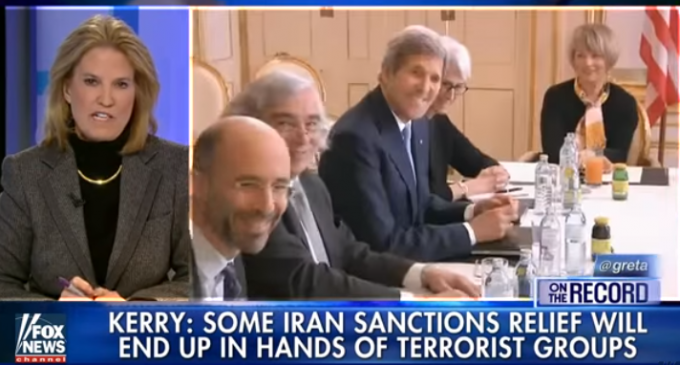 An ongoing question among diplomatic circles is if a nation or a people can effectively negotiate with terrorists or kidnappers, and it is a vexing problem. Many would say that it is pragmatic to do so, while others would suggest that dealing with criminals and acceding to their demands elicits more of the offensive behavior in the future. The Obama administration has come down hard on the side of being “pragmatic” and dealing with lawless thugs, and perhaps that is who they are most comfortable dealing with. Birds of a feather, you know.

Be that as it may, the administration has agreed to pay Iran $150 billion in sanctions relief, and John Kerry, who negotiated one of the worst nuclear non-proliferation deals in the history of the world with the Iranians, was the key diplomat in the sanctions relief agreement.

The nuclear giveaway provides the Iranians with the go-ahead to develop nuclear weapons with little oversight or control, though as Kerry has proudly pointed out, they have agreed to postpone such development for ten years. Of course that assumes that the Iranians can be taken at their word, which has never actually proven true in the past, and the sanctions relief could actually help fund their effort. Now with $150 billion going back to Tehran, Kerry has admitted another startling reality.

Who benefits from $150 billion payment, page 2: