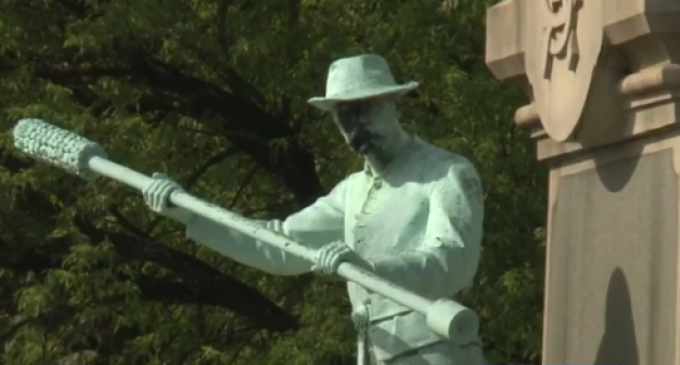 A new round of debate over monuments honoring Confederate soldiers has been ignited by a controversial court order in Kentucky.

Ruling against Louisville Mayor Greg Fisher and the city government, Jefferson County Circuit judge Judith McDonald-Burke issued an injunction blocking any attempts to remove a Confederate memorial not too far from the University of Louisville.

The restraining order was filed by a number of persons and organizations, not least of which were Republican congressional candidate Everett Corley, political activist Ed Springston, the Sons of Confederate Veterans, and Kentucky Division.

Echoing the concerns of many Southerners, the plaintiffs argue that removing the memorial and others like it will do nothing to make up for the past wrongs they supposedly represent and disrespect the men they are meant to honor.

But Mayor Fisher and his allies are not willing to let this go on. Instead, they intend to appeal the matter further, in the hope that a more sympathetic judge will not let them go ahead with their plan to move the memorial elsewhere.