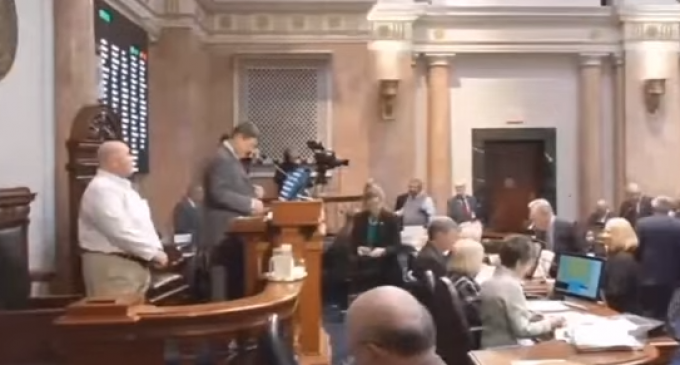 Can you imagine what it would be like to enter the brain of an elected democrat? It would be like falling into a blender or walking through an episode of the Twilight zone. It would put any logical thinker in a straight-jacket or leave them in a corner rocking back and forth from the sheer mental terror they've just experienced. Where they see reasonable thinking, all reasonable people see is unlikely comparisons. Take for example a bill proposed by Rep. Mary Lou Marzian, a democrat from Louisville, KY. She proposed that men who need Viagara or similar drugs to treat erectile dysfunction should need permission from their wives.

Well, what if they're not married? She said the bill was meant to be a response to Kentucky's recent adoption of a bill that would require women to see a doctor before having an abortion. Like everything else that liberals come up with to demonstrate their lack of thinking, this doesn't make any sense. How is erectile dysfunction even comparable to abortion? One involves human life and the other involves stage fright (though the use of one can result the in the other). Then again, what's so unreasonable about requiring a doctor's visit?