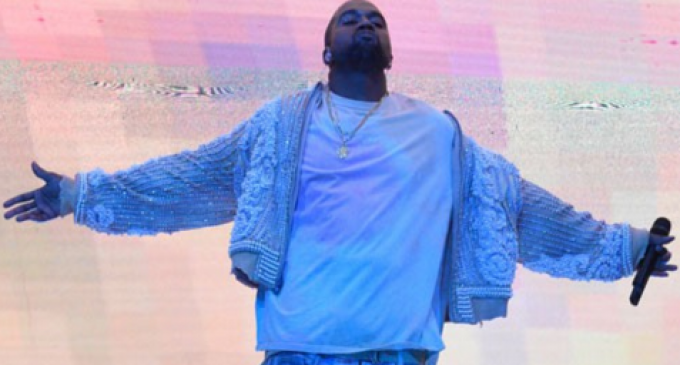 There are very few people in the world who can be called the living embodiment of everything that’s wrong with modern society. There’s Hillary Clinton, Bernie Sanders, the Kardashians, to name a few. And then there’s one who stands above all the others . . . Kanye West. Yes, give the man the round of applause. If they gave out a Grammy for the “most ridiculous human being alive,” it would go to yeezy. Not only is he arrogant and egotistical, he believes that everything he does is for the benefit of the world, including his race rants on Twitter.

After being upstaged at the Grammy’s once again by Taylor Swift, Kayne West unleashed a rant on Twitter telling “white” publications like Pitchfork, Rolling Stone and the New York Times not to comment on black music anymore, because apparently white people don’t understand what it means to be the great grandson of ex-slaves. Okay, does he? There’s a common belief among modern African-Americans that they’re all descended from slaves. Despite popular opinion, that just isn’t true.

Read what Kayne said about colored people on the next page.