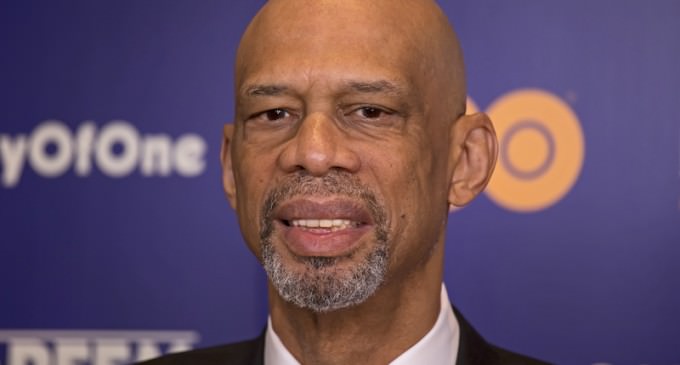 During the address by President Obama on the topic of the San Bernardino attacks, gun control, the Islamic State and Muslim Americans, he stated that Muslim-Americans are “our friends, our co-workers, our neighbors and our sports heroes”.

First of all, his address wasn't really an address at all. An address is when somebody delivers information and hope to people. What President Obama delivered was a lecture. Of course, because who better to act as a father to the American people than a man who's father was a radical himself?

When most people who watched basketball before the days of Kobe Bryant, you'll probably remember a former center for the Los Angeles Lakers named Kareem Abdul-Jabbar, who in 1996 was honored as one of the fifty greatest players in NBA history.

Forty-two years ago, a group of Muslim men murdered seven people in Abdul-Jabbar's house, after he handed the keys over to his Islamic teacher, Hamaas Abdul Khaalis, who selected Kareem's wife and barred Kareem's Catholic parents from the wedding ceremony. Neither Kareem nor his mentor seemed to grasp the role of Islam in the murders.

Read what happened on the next page.