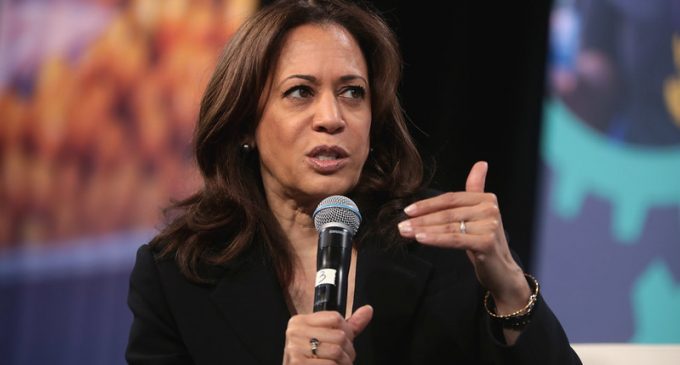 Move over Hillary Clinton, you’re not radical enough for the foaming-at-the-mouth Leftists who currently have the Democratic Party in their grip.  Not even Hillary advocated for outright gun confiscation. Biden has voiced support for stronger gun-control measures than Hillary – including a ban on any gun that doesn’t have ‘smart’ features. But the NWO shill has never called for an end of our Second Amendment. He once told Anderson Cooper that there is “no legal way” to take guns away from U.S. citizens.

Enter Kamala Harris. Just as Barack Obama stripped Jimmy Carter of the “Worst President Ever” award, Harris is gunning for Clinton’s “Most Despised” award. And if the mentally-incapacitated Biden does win the White House, Harris will certainly snatch Obama’s award away from him as well.

As far as more official titles go, Harris scored as the “most liberal” U.S. senator in 2019, according to a GovTrack analysis, outranking Sens. Bernie Sanders and Elizabeth Warren. That’s quite a feat!

Move to page 2 to see Harris’ remarks on destroying the Second Amendment.