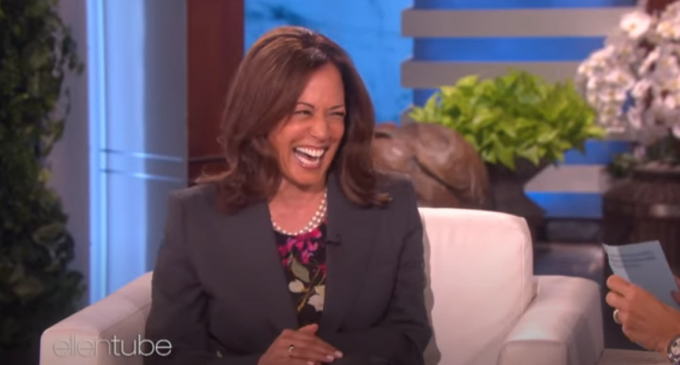 During an appearance on Ellen in April 2018, Kamala Harris cracked a joke about killing President Trump and others. If the joke wasn’t bad enough, the wild and creepy laugh certainly was.

The joke came in response to a question posed host Ellen DeGeneres: “If you had to be stuck in an elevator with either President Trump, Mike Pence, or Jeff Sessions, who would it be?”

“Does one of us have to come out alive?” Harris responded while laughing hysterically. The response drew laughter from the audience and prompted DeGeneres to put down her list of rapid-fire questions to clap her hands.

This is the Democratic VP pick.

Now, try to imagine the consequences if a conservative would've say this about the other side pic.twitter.com/IMfNKeiWKz