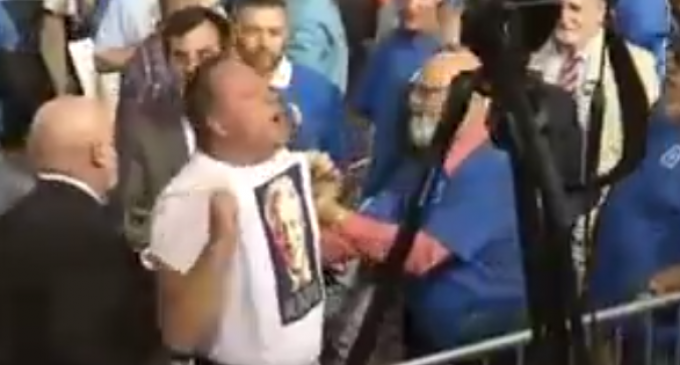 Time Kaine finally got a taste of his own medicine.

At this week's vice presidential debate, Kaine interrupted Republican nominee Mike Pence on a near-constant basis. No matter the topic, Kaine couldn't stop interjecting with attack lines and rebuttals. Even when Pence began talking about his personal 9/11 experience, Kaine interrupted, saying “I was there, too! By the Pentagon!”

Debate moderator Elaine Quijano couldn't control him, either — not that she tried very hard.

But now it's Kaine that's getting interrupted by attacks. During a recent campaign event, Kaine's speech was shut down by a protestor yelling “Bill Clinton is a rapist.”

This topic is nothing new for the Clinton campaign. Mr. Clinton's sexual transgressions have long plagued Hillary's efforts to become president — particularly because she's modeled her campaign on a platform of women's rights.

As we get closer to the election, these attacks will likely become more frequent. But for now, Hillary has remained largely silent on the topic.

See the exchange in the video on the next page: