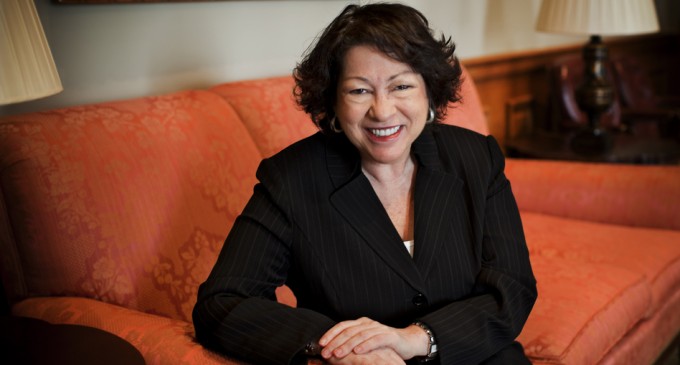 There's nothing better than a democrat who lets slip the contradictions of liberal belief, especially when, in doing so, they legitimatize comments by their sworn enemy. And by sworn enemy, I of course, mean Donald Trump, who has been the focus of a political firing squad (what else is new?) after saying that the judge in the Trump University case had “an absolute conflict” in her ruling because of her Mexican heritage. The case began after former students of Trump University decided to sue Trump, saying that his school was a ripoff.

While the media is once again crying racism (they never stop) Supreme Court Justice Sonia Sotomayor, back in 2001, claimed that gender and ethnicity can and will make a difference in judging. While the Trump conflict didn't exist back then in the state it exists now, much like the life of President Obama, dismantling the liberal belief system is as simple as connecting the contradictions. It would seem in this case, Sotomayor was correct.

Read Sotomayor's exact comments on the next page.