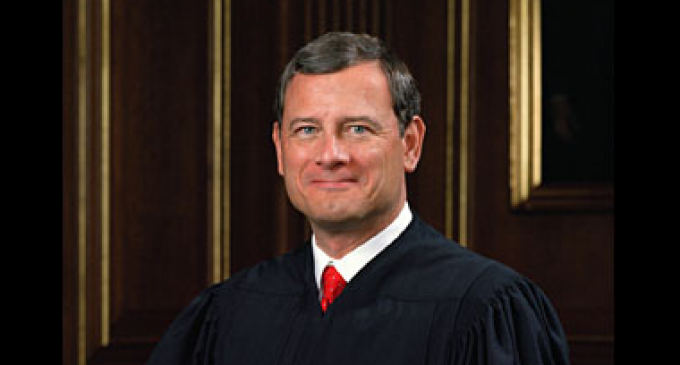 Was U.S. Chief Justice John Roberts blackmailed into approving of Obamacare by the NSA and CIA?

That suggestion was recently made by Larry Klayman, an attorney who has won legal battles against the National Security Agency and has come to be known as ‘the NSA slayer'.

“If the government wants to destroy you, it has to access the information that it can use to do it, and that’s why this is so frightening. [It has] a greater capability than King George III had in 1776. The tyranny is greater today than it was at the time of the American Revolution,” stated Klayman in the interview.

The fact is that we live in a lawless society. Not even our Supreme Court is upholding our Constitution.

It seems that everyone government and our media is either bought out or blackmailed. The only way to get our country back is if we do it ourselves.

And right now, the best ongoing effort is Operation American Spring. Get there if you can!

During an appearance Sunday night on Aaron Klein’s New York City radio show on 970 The Answer, Klayman suggested the blackmail possibility when asked by a caller if the Supreme Court could be sued for its approval of the Affordable Care Act.

“Unfortunately, there’s no way to sue the Supreme Court for decisions that it makes. There should be, and there should be a way to remove these justices for making decisions like that,” explained Klayman, the founder of Judicial Watch who now heads Freedom Watch. “But let’s take this possibility: Why did Chief Justice Roberts at the eleventh hour change his decision? He was going to side with the other justices and find that Obamacare was unconstitutional. Is it something that was dug up on him by the NSA or the CIA? Was that used against him to blackmail him?

“These are the kinds of things [the government is doing], and that’s why it’s so scary what’s going on with the NSA and the CIA. It can happen in a democracy. So that may help explain it, and perhaps we can reach these issues through the NSA cases that we brought, the NSA/CIA cases. I intend to get the truth on this.”

“This is actually a staggering response to believe the government could have spied on a Supreme Court justice … and that information is somehow utilized … against him to pass Obamacare,” Klein said. “This is huge.”

Klayman warned that “every aspect of Americans’ lives is being accessed and monitored by the government.”

“It’s not just telephone metadata that’s being monitored,” he alleged. “They’re also listening to the content, that’s coming out in recent weeks.

“I’m a lawyer. I have an attorney-client privilege, and I can no longer talk to my clients on the telephone and expect that there’s any confidentiality. It changes the whole nature of how you operate.

“We also know that the NSA and CIA – as Communist China, as Russia can do, as any sophisticated country – they can turn your cell phone on anytime and listen to you. And they do.”
Read more at http://www.wnd.com/2014/05/did-nsa-blackmail-roberts-to-ok-obamacare/#7fSzdEeVxXxGyGxZ.99