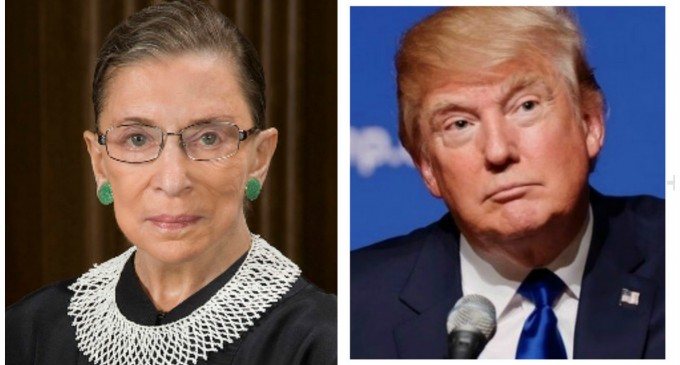 To remain neutral and rise above the fray of politics and public opinion is a crucial standard for any judge, but especially for those representing the highest court in the United States. Supreme Court Justice Ruth Bader Ginsburg demonstrated her lack of self discipline by publicly making “disparaging remarks” regarding Donald Trump.

In three separate situations, Ginsburg spoke out against the GOP presidential nominee showing her deep seated dislike for Donald Trump.

The backlash she has received as a result of her comments, from both parties, seems to have forced an apology, but once her opinion is out, there is no way to truly reel it back in.  There can no longer be a trust that she could be objective should Trump become president.

The Code of Conduct for United States Judges is very straight forward stating a “judge should not . . . publicly endorse or oppose a candidate for public office.”

Not only should Ginsburg have apologized, but she should seriously consider hanging up her robe as well.

Read her comments and apology on the following page.