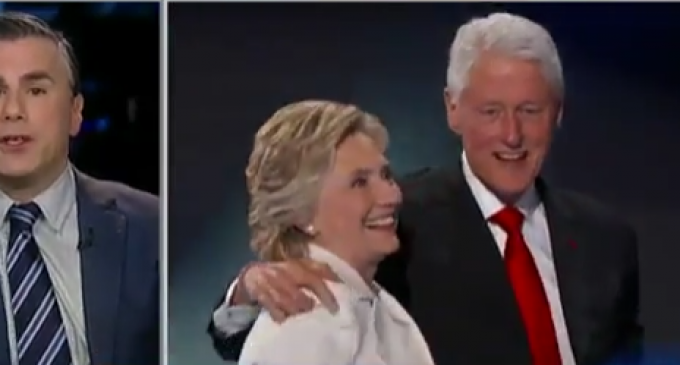 Whenever the Clintons are involved, you know that there is a conflict of interest even if it isn't obvious at first what it is.

While politics is by nature a very dirty game, Bill and Hillary Clinton take it to a whole new level. Not content with leaving their ugly mark on the nation during the former's eight year administration, the power-hungry couple has leveraged their platform in order to extract as much money as they could from willing donors even after they vacated the White House.

Their lusts were hardly confined to wealth, however: the Clintons continued to crave the adulation and power that came with the presidency, leading Hillary to plot to return to the White House as soon as possible. To achieve this goal, they built up a network both inside and outside the government to advance their interests and protect them from exposure, as a shocking discovery about the investigation into Hillary's emails shows.