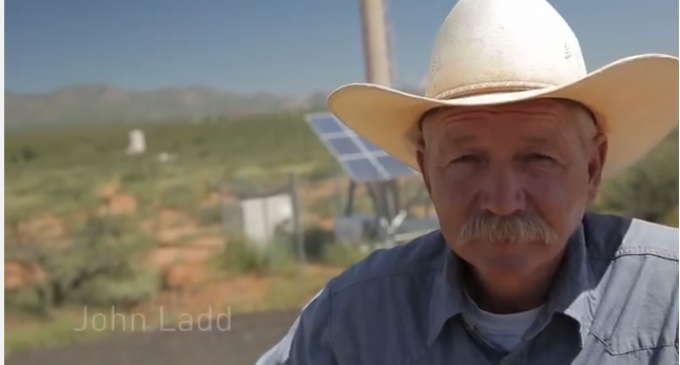 “I’m tired of putting up with the federal government and Border Patrol and anybody that thinks they have the right to come onto my ranch and do whatever they want,” states rancher John Ladd of Bisbee, Arizona.

Ladd states that the feds film him on his ranch continually and call him every single day, asking him where he is, what he's doing and even what truck he's driving.

Ladd also states that they have threatened to shoot his dogs if they were running loose. “That’s what the mentality is down here, I cannot even let my dogs run wild.” Ladd said. He is forced to keep them locked up in a fence instead of out running free and protecting his land.

In the video, Ladd also accuses the border patrol of cutting his fences and letting his cattle loose, which could make him liable for a lawsuit because the cattle could create a wreck on a nearby highway. “They have no idea what the value of having a fence and a gate is,” Ladd said. “They don’t care.”

The way the border patrol is treating this man, monitoring his every move, I'd say they have something to hide.