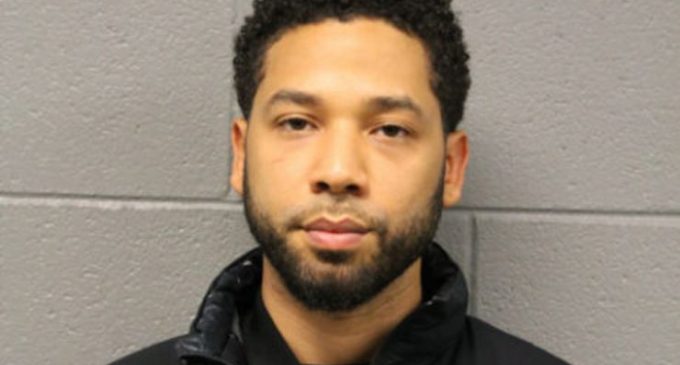 In a stunning Tuesday announcement, the Cook County State's Attorney has dropped the charges against actor Jussie Smollett, who was previously accused of faking an anti-black, anti-gay hate crime in Chicago.

“He was a victim who was vilified and made to appear as a perpetrator as a result of false and inappropriate remarks made to the public, causing an inappropriate rush to judgment,” a statement released by his attorneys Patricia Brown Holmes and Tina Glandian reads.

Evidently, the judge granted a nolle pros, meaning that the case has been dropped and that the defendant will no longer be prosecuted for the alleged crime.

It’s currently unknown why the court decided not to proceed with prosecution. Many will certainly site “liberal privilege” following this shocking announcement.

A spokesman for Cook County State’s Attorney Kimberly Fox released the following statement: “After reviewing all of the facts and circumstances of the case, including Mr. Smollet’s volunteer service in the community and agreement to forfeit his bond to the City of Chicago, we believe this outcome is a just disposition and appropriate resolution to this case.”

Smollett previously pled “not guilty” to 16 counts of disorderly conduct stemming from the alleged incident in which he claimed two men beat him, poured bleach on him and placed a rope around his neck before yelling, “This is MAGA country.” His lawyer, Tina Glandian, entered the plea on Smollett’s behalf just hours after Judge Steven Watkins was assigned the case. The next court date was scheduled for April 17.

However, Smollett was brought in for an emergency court session in which the judge ruled the case against him would be dropped.

Doubt was cast on the open-and-shut nature of the case when Fraternal Order of Police President Kevin Graham wrote the Justice Department following reports that Cook County State's Attorney Kim Foxx asked Police Superintendent Eddie Johnson to let the FBI investigate Smollett's allegations that he was attacked by two masked men after the former chief of staff to former first lady Michelle Obama allegedly informed Foxx that Smollett's family had concerns about the probe.

Smollett attorneys Tina Glandian and Patricia Brown Holmes said in a statement that Smollett's record “has been wiped clean.”

A rep for Fox, which produces and airs “Empire,” said the studio and network had no immediate comment.

See the feed below for a live announcement from Smollett: