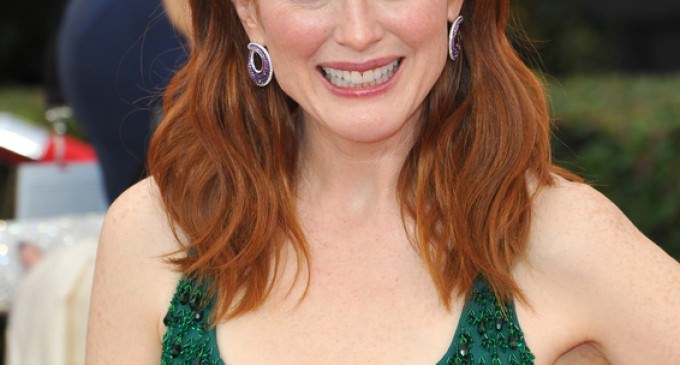 While the country is still reeling from Barack Obama’s executive actions on guns last week, at least one Hollywood actress is begging for more.

Julianne Moore reacted to the president’s move by asking state legislatures and congress to further restrict gun ownership, likening the move to the move to make seatbelt usage mandatory.

The link between the two items are weak to say the least, and just further proves how out-of-touch Hollywood is when it comes to guns.

While they think that guns being purchased by law abiding citizens are running rampart on the streets, killing the innocent folks we hear about all too often on the news, the facts show us that the opposite is true. Guns purchased legally defend us against guns obtained criminally.

Meanwhile, while they talk so dismissively of legal gun owners, they do so behind the guns of the security and police working to keep their events safe. How ironic.

To see Julianne Moore’s statements, read on to the next page: