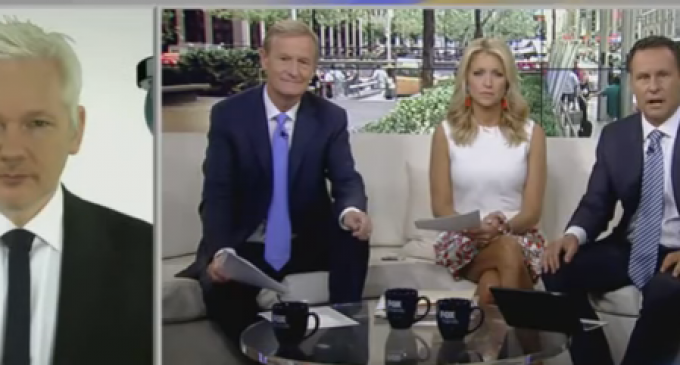 WikiLeaks founder Julian Assange inserted himself into the 2016 race in a major way before the Democratic national Convention, releasing leaked emails that forced the resignation of many DNC officials — including Chairwoman Debbie Wasserman-Schultz.

Assange continued the Democrat assault weeks later, starting a series called “Hillary leaks.” The series once again released thousands of emails that the organization has obtained, and has also proved damaging to Clinton's campaign.

Since then, many have criticized WikiLeaks' focus on damaging only Democrat politicians. When asked about it on Fox News' The Kelly File, Assange claimed that he would release damaging information against both sides, if obtained. He also promised that he had at least one more damaging leak in store for Mrs. Clinton.

But what of the Republicans?

According to Assange, there just isn't much there. Not compared to what's already available, anyway.

See what info Assange does have on the GOP on the next page: