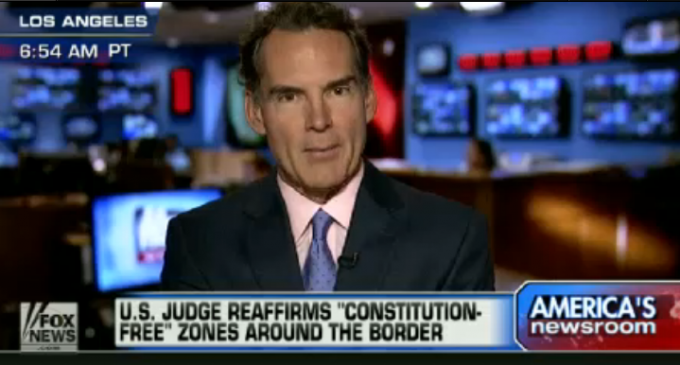 Chances are you now live in a ‘Constitution Free Zone'.

There is no such thing as the 4th Amendment 100 miles within any US border. Your electronics can be searched and seized with no warrant whatsoever.

Under the guise of protecting Americans, the federal government is dismantling our Constitution, piece by piece.

A federal judge has ruled that the government can search your laptop, cellphone or other electronic devices near the border even if it does not have any suspicion of wrongdoing.

The covered area stretches 100 miles from the actual border. Critics argue these searches are clear violations of the Fourth Amendment.

The case stems from the ACLU's challenge to the federal law on behalf of a graduate student named Pascal Abidor. He was traveling by train from Canada to New York when authorities searched his laptop and saw pictures of Hamas rallies.

An Islamic Studies student, Abidor argued that the pictures were only research. He was detained and questioned for hours and the laptop was held for more than a week.

The government maintains that these broad search policies are necessary to ensure public safety.

William La Jeunesse reported from L.A. this morning on the controversial “constitution-free zones.”