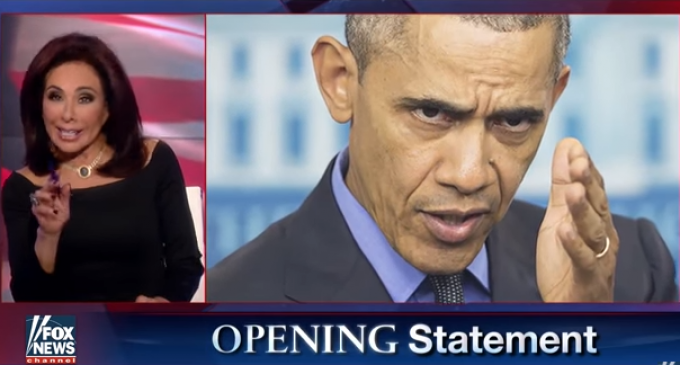 In a passionate dressing down of the president, the Fox News host blasted Obama's continued push for gun control in the face of not only mass shootings, but devastating terrorist attacks both within and without America.

Judge Pirro commented on how although he had a whole battle plan drawn up for new measures meant to limit gun owners' rights, the president still has no serious strategy to defeat the Islamic State.

She also explained that the fact that Obama couldn't even bring himself to believe that ISIS was anything more than a “JV team” shortly before it rampaged across Syria and Iraq even as he eagerly jumped on any and every mass shooting that occurred during his watch to push his agenda reveals the depths of his anti-gun tunnel vision.