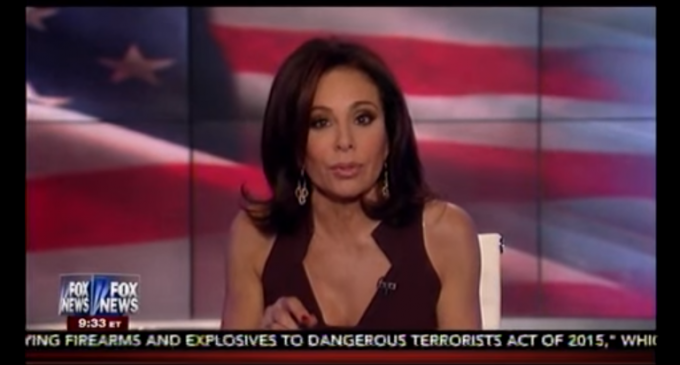 “If you see something, say something,” is what Americans were told after 9/11.  Yet the liberal left screams, “Wrong!” charging that this racial is profiling.  Islam is not a race, therefore, it cannot be “racial profiling”, yet people are afraid to report because of the threat of repercussions that may follow for being what the left says is politically incorrect.

The neighbors of Syed Farook thought something was wrong with Farook and his wife, yet because of political correctness they chose not to say anything.  Even though they saw men carrying  boxes in the middle of the night into the garage, they were shut up due to fear.

“This is a rational response,” Jim Hanson, Executive Vice President for the Center for Security Police, told Justice Janine on Fox News,   “because of the campaign put on the by the groups like CAIR.” Farook’s neighbors did not want to be called an “Islamaphobe”.

CAIR and other Muslim Brotherhood front groups have shut people up and want the statement to read, “See something, say nothing”.

Watch the interview on the following page.  Judge Pirro and Jim Hanson discuss how Texas is dealing with the coercive practices of the politically correct enforcers in light of the Clock Boy incident, who is suing the City of Irving and Irving School District
for $15 million.