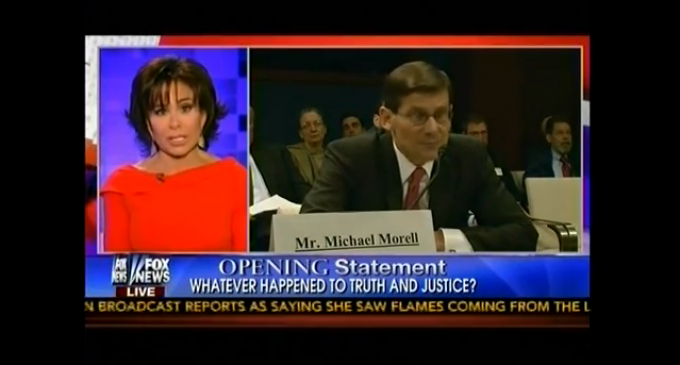 Former CIA Chief Michael Morell admits he took out the word “Islamic” in front of extremists in his official Benghazi report, distorting the true events because he didn’t want to ‘further inflame anti-American Muslim passions’.

This is obvious BS as his report isn’t going to make these radicals hate us more than they already do. In reality, he works for the Clinton’s and was attempting to cover this up for Hillary and her upcoming 2016 presidential campaign, as Judge Pirro states in her opening remarks.

I’ll leave you to hear the rest of her scathing statement, delivered as only she does.