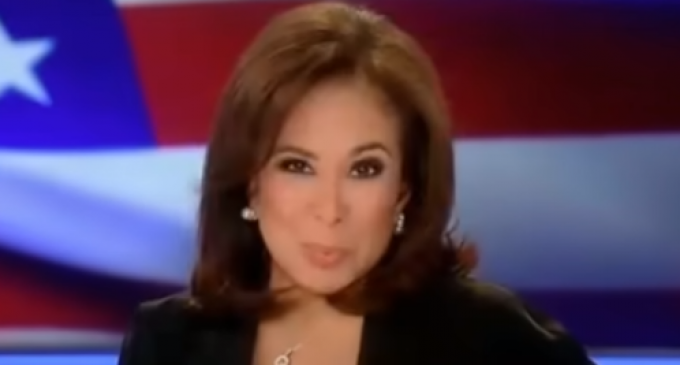 In the opening statement for her show “Justice With Judge Jeanine” on Saturday, Judge Pirro said her sources indicate that justice is coming for those who attempted a coup against our President.

“The left simply refuses to accept the Mueller investigation is over and that justice is coming for them,” Pirro told her audience.  “They are fixated on obstruction but make no mistake, if Mueller wanted the indictment he would have recommended one.”

She then called the Russian probe “political whoremanship” before blasting the “whole thing” as a “political con job” and the “closest attempt to a successful coup in American history.”

Turn the page for the show.