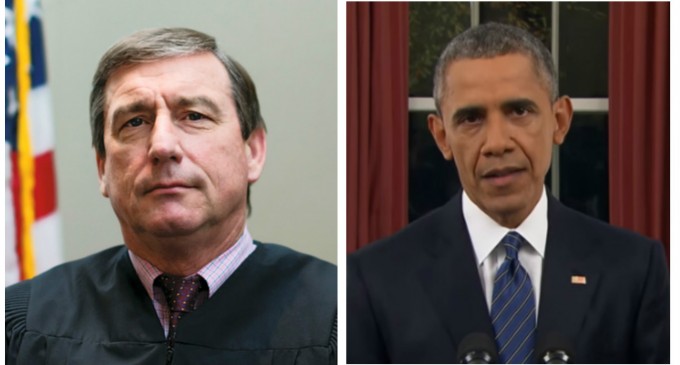 It is rare to see government officials in this administration held to the same standard of honesty and obedience to the law as are private citizens. Attorney General Eric Holder should have been thrown in jail over his obstruction in the case of Fast and Furious in which high powered weapons were provided to criminals in a misbegotten attempt to “track” the weapons.

Hillary Clinton should be serving time in a federal prison for exposing high level secrets to our enemies through her illegal server. Lois Lerner should be sued and imprisoned for her part in denying 501c3 status to conservative political groups, an action that might very well have affected the outcome of the 2012 presidential race. None of that happened, and the lawbreakers have never paid a price for their misdeeds.

Amazingly, one judge has had enough. U.S. District Judge Andrew Hanen is fed up with a whole slew of attorneys, and has taken action.

It is about time!

See what Judge Hanen is requiring of Obama administration lawyers on page 2: