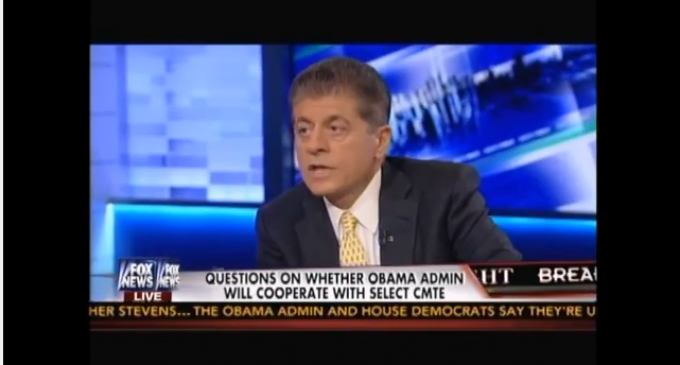 Hillary Clinton and John Kerry will likely be called up to testify in front of the new select committee on Benghazi – now Judge Napolitano states that Obama can be made to testify as well and any refusal would be a ‘Constitutional Crisis’.

Trey Gowdy, who heads the Select Committee, is a bulldog and it would be harder to come up with a better person to see this through. The coming showdown should prove interesting to say the least.