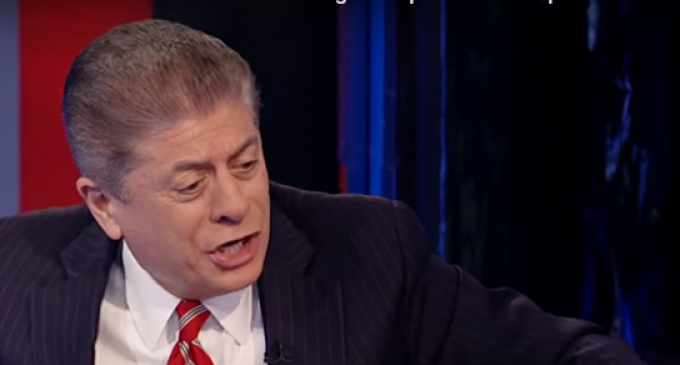 The safest populace is an armed populace, and Judge Andrew Napolitano agrees. Every shooting, from Sandy Hook to Colorado to San Bernardino could have been prevented, or at least interrupted, if just one hero with a gun had been present. “Gun-free” zones are a guarantee that law-abiding citizens will be unarmed and open to almost any kind of attack.

During an interview with Steve Varney, Judge Andrew Napolitano called out the dangers of “gun-free” zones and defended the wisdom of preserving the rights of an armed populace. He rebuked the hypocrisy inherent to the idea that a gun-free zone is actually”free,” and declared those zones to be the most dangerous places on the planet.

The second amendment guarantees the right for private citizens to protect themselves from tyrannical government, but this right also extends to protecting oneself against the madmen who attack others in broad daylight.