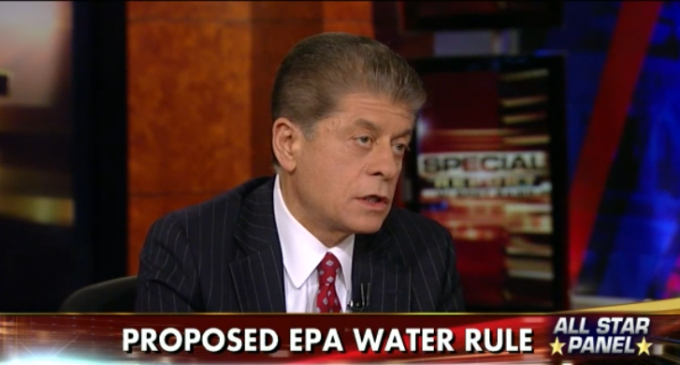 The EPA is in the midst of an incredible power grab – utilizing changes to the Clean Water Act to regulate the smallest entities of water, like puddles, on the private property of Americans.

Krauthammer called it “insane” for the EPA to assert the authority to regulate “water in a trench” on private property.

The EPA is simply claiming their right to regulate the tiniest body of water on your land – like ‘seasonal puddle'. The Constitution doesn't even give this authority to Congress, much less an independent federal agency.

It will take both Houses of Congress to strike this down, or it becomes law.