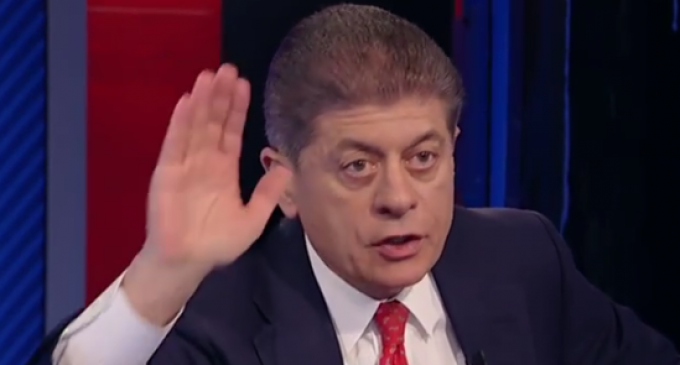 Hillary Clinton has been under investigation by the FBI for months because of the private server on which she stored classified materials, but she has so far not played an active role in the investigation.

This might soon change, as Judge Napolitano thinks the former Secretary of State will soon have to testify about the ordeal — under oath. This, of course, represents a huge problem for Mrs. Clinton, who has been lying about the details of the case from the moment the story broke.

First it was a server set up for Bill, then it wasn't. Then there were “no classified materials” on the serves, then there was. Then nothing was marked classified, then it was discovered she was stripping materials of their classification marks.

The lies Hillary tells have been telling for months have been troubling, but under oath they will be a crime. Lying under oath didn't work out well for her husband, and its doubtful she'll fare any better.

See what else Judge Napolitano had to say on the next page: