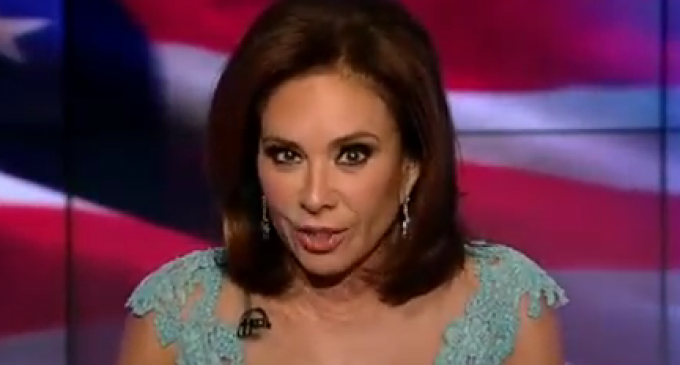 “What happened in England is going to happen again. Next stop, the United States!”, proclaims Judge Jeanine Pirro, the fiery Fox News host and contributor, regarding the Brexit victory.

Her commentary on the Brexit vote takes a look at the thwarting of the establishment in British and compares it to the chagrin of the American people who are done with the establishment and backing Donald Trump.

Just as the UK voted to take back their sovereign control, unwilling to leave it in the hands of old men playing politician in Brussels,  Judge Jeanine says that Americans don’t want “an internationalist country, world banks and globalization of our economy, a country with no border and no identity…”   While pointing at the camera and speaking specifically to the progressives, Obama and Hillary, she declared, “you are not allowed to change the identity of this country!  Americans want a nation-state!  Our country with a history of freedom is combined with a history of responsibility, yet our proud history, even out money is being rewritten to accommodate a new world view.”