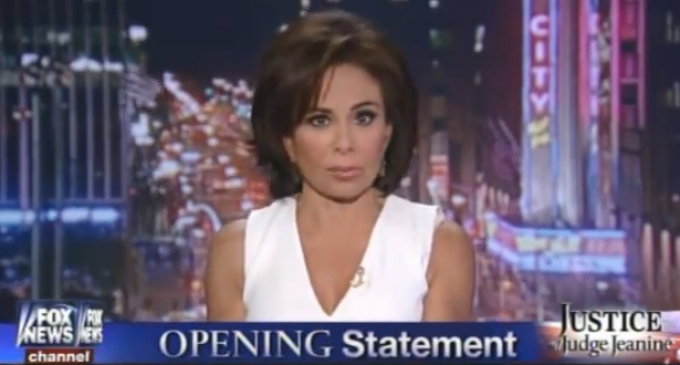 Another spot-on commentary by Judge Jeanine as she rips into the lies, corruption and scandal of Obama and his administration surrounding the VA.

Obama did know of this situation back in 2007 and his “remedy” only caused deaths and corruption, which is indicative of the entire administration. Everyone knew what was going on.

The following charges should be brought against Obama, Holder and everyone surrounding this horrific situation, according to the judge:

Obstruction by Intimidation of Whistleblowers