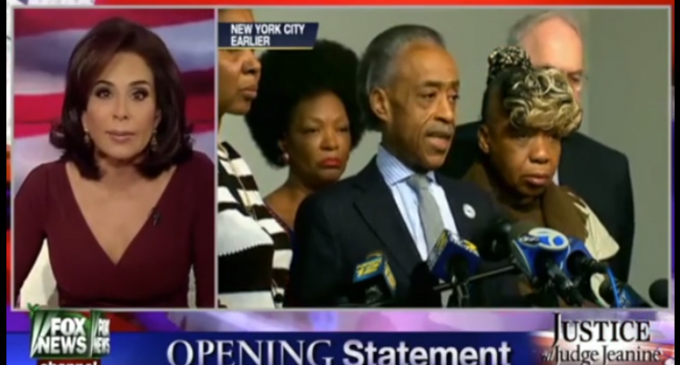 In her usual spot on diatribe, Judge Jeanine rips apart the primary instigators that have created a climate of hate towards police, which has led to the recent execution of police in New York.

Too bad they aren't all sitting in her court awaiting sentencing.