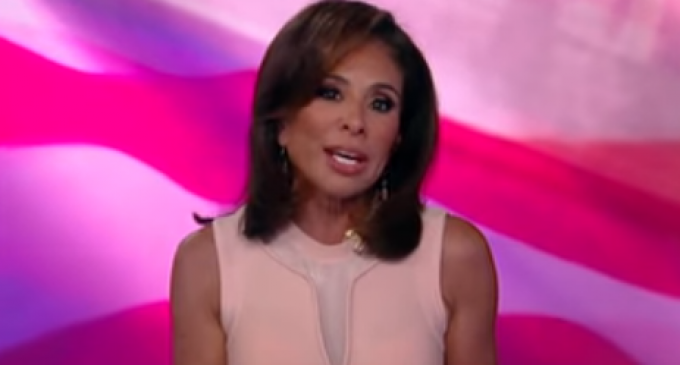 Fox News' Judge Jeanie Pirro opened her show this week by warning Americans about what she considers the “biggest danger to our country.”

The danger, she explains, stems from the GOP establishment — the people who once said that could never support Donald Trump. These “NeverTrumpers” once threatened to take down their own nominee and hand the election to Hillary Clinton, but most seemed to back down last minute, as Trump ultimately captured a similar percentage of Republican voters as his predecessors. In fact, after all the talk of a Republican exodus, Clinton performed worse among her own party than Trump did his.

This appeared to be good news for Trump — and considering Trump now resides in the White House, it probably was — but even though he got their vote, the threat posed by the GOP elite hasn't gone away. In fact, they may be the main force threatening the Trump administration, according to Pirro.

Watch Pirro explain the plot the elitists have hatched on the next page: