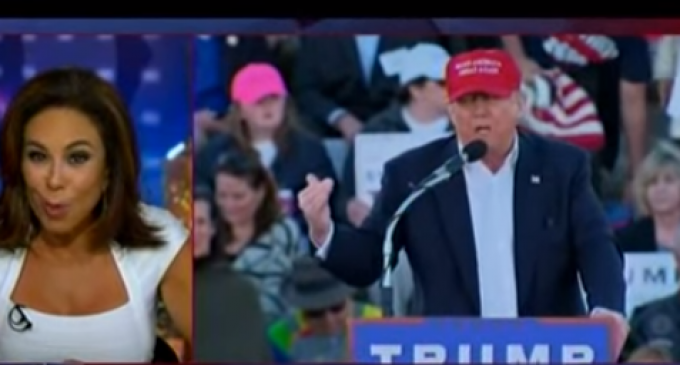 It seems the folks over at Fox News can't seem to agree on the rightness of a contested convention. While some are cheering the opportunity as a way to take down Donald Trump, others are accusing the GOP of shady, backroom tactics intended to silence the will of the voters who didn't seem to “fall in line” behind the establishment pick in the way they were supposed to.

Judge Jeanine Pirro's latest remarks on the channel put her firmly in the latter camp.

While many are now pushing for a so-called “unity ticket” against Donald Trump, Pirro puts a kibosh on the notion that that ticket in any way resembles “unity,” as it excludes that man that has so far done more uniting than any other establishment candidate has managed, Donald Turmp.

She goes so far as to suggest that the GOP are in bed with the Democrats in Washington. See the video not he next page: