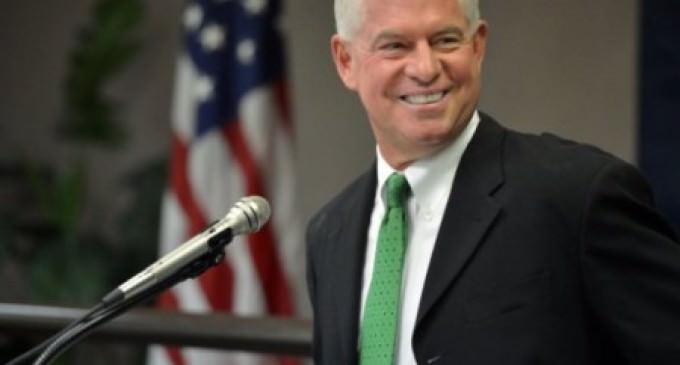 California Superior Court Judge M. Marc Kelly reduced a child rapist´s mandatory 25-year sentence down to a mere 10 because he ‘did not intend to harm' the the little girl that he raped.

The judge stated that sentencing 20-year-old Kevin Jonas Rojano-Nieto to anything longer than 10 years would be ‘cruel and unusual punishement' and stated that although he was sure that Rojano-Nieto sodomized the girl, even covering her mouth so she couldn't scream, ‘there was no violence or callous disregard for the victim's well-being'.

Now there is a growing movement to remove this judge from the bench. You can find the Facebook page HERE

A jury found Kevin Jonas Rojano-Nieto, 20, guilty on Dec. 3 of having sexual intercourse with a child 10 years or younger and committing a lewd act with a minor under 14, according to a news release from the Orange County District Attorney’s Office.

Rojano-Nieto sodomized the girl, who was a toddler at the time, and forced her to touch his penis, according to the DA’s office.

However, saying that 25 years to life was cruel and unusual punishment under the U.S. Constitution, the court — despite the prosecutor’s objection — sentenced Rojano-Nieto to 10 years in prison.

“Although serious and despicable, this does not compare to a situation where a pedophilic child predator preys on an innocent child,” Superior Court Judge M. Marc Kelly said, according to a City News Service article posted by the Orange County Register. “There was no violence or callous disregard for (the victim’s) well-being.”

The assault took place on June 4, 2014, when the 3-year-old girl wandered into a garage where Rojano-Nieto was playing video games, Deputy District Attorney Whitney Bokosky said in the new service’s article.

Rojano-Nieto became sexually aroused and assaulted the girl, according to Bokosky.

The judge felt that under the circumstances the minimum 25 year sentence would be too harsh.

“In looking at the facts of Mr. Rojano’s case, the manner in which this offense was committed is not typical of a predatory, violent brutal sodomy of a child case,” Kelly said.

“Mr. Rojano did not seek out or stalk (the victim). He was playing video games and she wandered into the garage. He inexplicably became sexually aroused but did not appear to consciously intend to harm (the victim) when he sexually assaulted her,” the wire service reported Kelly saying.

The prosecutor’s office was expected to discuss an appeal of the judge’s sentence, according to City News Service.