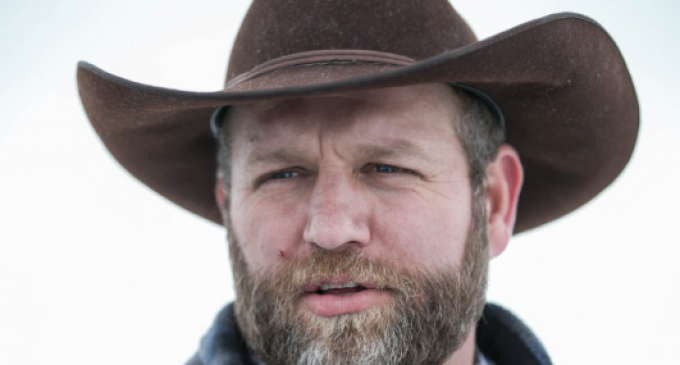 The kangaroo court against Ammon Bundy and twenty-five or so other “co-conspirators” continues apace. They have all spent the last six months in jail, away from family and business, waiting for a show trial that will demonstrate that the citizens of this country no longer have rights or protections that they might have thought they had.

The entire farce is in striking contrast to the kid-glove legal treatment Hillary Clinton got when she broke multiple federal laws, used her office to gain hundreds of millions of dollars from foreign powers seeking favorable treatment from the Department of State and the U.S., and then was simply lectured and allowed to be on her way. It seems there really are two Americas, one for political and financial elites, and one for the ordinary citizens.

Ammon Bundy, it will be remembered, along with other ranchers and farmers from various Western states, occupied a remote wilderness building in protest of the unfair treatment of two other ranchers who burned undergrowth on their ranch which then spread to stark, unoccupied Federal land. The ranchers put the fire out without any help, but were charged with arson, and are now serving five year sentences in prison. The real crux of the matter is the desire of the Federal government to control as much land as possible through the Bureau of Land Management and the Forestry Service, and to drive farmers and ranchers off the land. In fact, the Federal government now “owns” over 51% of the land in eleven western states.

Bundy and other participants challenged the Federal government, and they will now participate in a show trial with a predetermined outcome that could sentence all of the ranchers and farmers with ten to twenty five years in federal prison. The judge wants no delays since the outcome is already predetermined, and a request for more time to prepare their defense that could cost them many years in prison is not being granted by the judge.