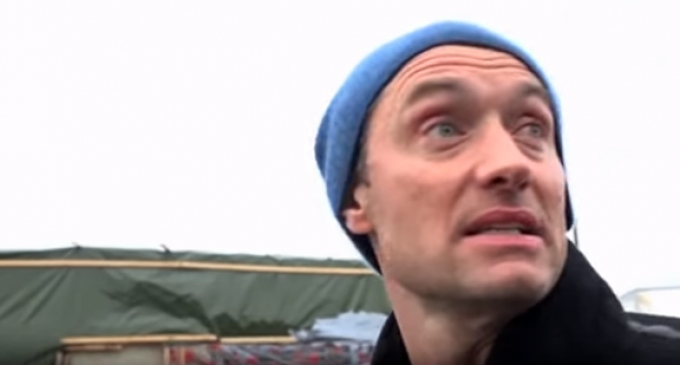 There's nothing more entertaining than watching the elite left look like idiots, especially when that idiocracy is rooted in their plans to appear sympathetic towards people who might not want their sympathy. For example, after Jude Law made the journey to Northern France last week to catch on film the plight of child refugees who are being evicted from the ‘Jungle” by French authorities, other migrants in the camp mugged his security team. That's right, Jude Law's publicity stunt ended with migrants throwing rocks at his security guards just moments after Law boarded the bus to take him home.

Law was joined by singer Tom Odell and a film crew as they attempted to document the plight of these migrants and urge David Cameron to let the hundreds of children in the camp come to the U.K. before their homes are demolished. The official deadline for the migrants to leave the Southern most part of the camp was on Tuesday. The first phase of clearing them out began on Thursday, after a judge approved the mass evictions. Sources in the camp say that the demolition will destroy the homes of 3,000 people.

Read what British ministers have to say on the next page.