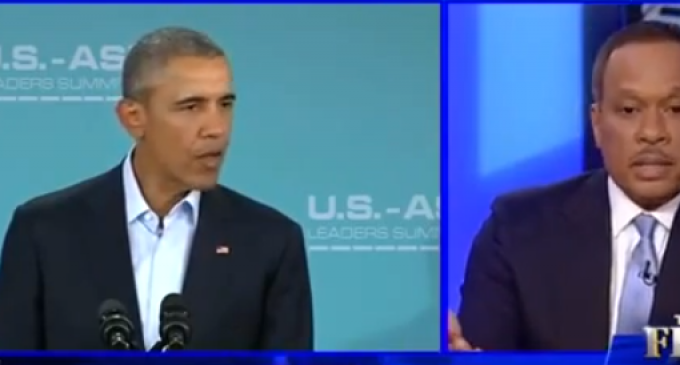 8 years into the Obama administration, and liberals are still insisting that any dissent from his policies is motivated by racism.

Exhibit A is Juan Williams, who apparently is not afraid to drag the sordid issue into subjects that have absolutely nothing to do with it, as he did this week on a Fox News panel.

Discussing the possibility that Congressional Republicans will block President Obama’s potential nomination of a Supreme Court justice following the tragic death of Antonin Scalia, Williams had nothing to offer but speculation about why they would want to do such a thing. Can you guess the reason why?

Yep, he blamed it on racism.

No really, he thinks that conservatives don’t want Obama to pick a Supreme Court justice because they hate African-Americans, not because Obama has less than a year left in office and it makes no sense for him to nominate someone – someone who will more than likely have unconstitutional views, mind you – instead of the next president.

See video of Williams’ remarks on the next page: