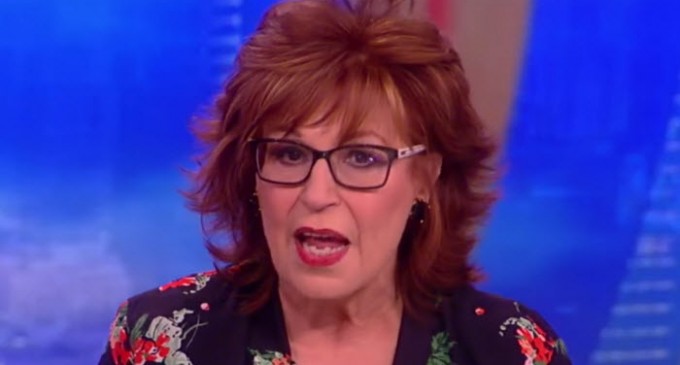 The women of The View seem to have given up on having an intelligent, well-argued debate in recent years. While the show always bordered on unwatchable, well-regarded personalities like Barbara Walters and Elisabeth Hasselbeck at least buoyed the conversation to sometimes-coherent levels.

Now, it seems the only way the women of The View can stay in the pop-culture conversation is to say increasingly idiotic, often-offensive things. While this job has traditionally been handled by resident airhead Raven Symone, occasionally duties are passed off to one of the other females at the table.

The latest bout of idiocy comes to us from on-again-off-again host Joy Behar, who couldn't resist linking Donald Trump to the Islamic State. No, she isn't simply saying he'd be ineffective at fighting the radical Muslim group, she's claiming he's directly involved in their recruitment.

See the outrageous remarks on the next page: